This post was published 12 years 10 months 1 day ago which may make its content inapplicable to the current Islanders roster and/or team news. This site is not responsible for any misunderstanding.
TweetLikeShareLinkedIn

What exactly is the number nine? 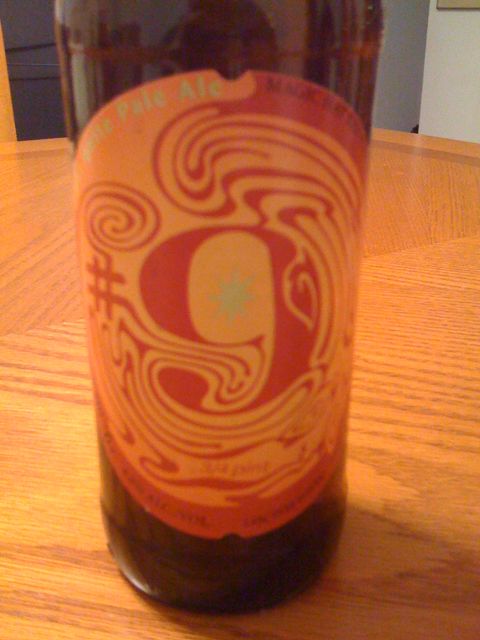 As I was staring at my bottle of #9 on Saturday I couldn’t help but snap a picture, it is after all a representation of the current number of consecutive Islanders losses.

Quite fitting isn’t it? It’s also somewhat disturbing that someone could have a moment of clarity during the act of consuming alcohol – but stranger things have happened. Just think, had I not been enjoying that beer this weekend I wouldn’t have ever had a reason to post an update.

In all seriousness, this time of the year is crazy. Working in the trade that I do it always seems that the real winter weather arrives at the same time as the holidays. Couple being busy with work and the shopping for gifts and it makes things even worse. I apologize for not giving you guys any real updates this weekend.

So what exactly is the current state of the Islanders organization?

A quick peak at the other blogs and the message boards has everyone calling for just about every head to roll – Gordon, Snow, Wang, every player, usher, popcorn vendor, well you get the idea. I normally don’t make a habit of arguing with other fans or calling out opinions, as I feel that I shouldn’t alienate potential readers. Every now and then there comes a time when you just cannot hold back.

I am sick and tired about the complaints regarding Gordon, his “systems”, Garth Snow, Charles Wang – sick of it all. The fact of the matter is that a majority of this fan base has been calling for a rebuild for well over a decade. Mike Milbury came close to rebuilding a few times, but would always have this notion that he could fix things through trades and quick fixes. I am also sick and tired about hearing how bad of a move it was to remove Neil Smith, the Ryan Smyth trade and finally Ted Nolan’s firing.

Ted Nolan was not a great coach, sorry. He may have gotten the team to the playoffs and had one successful season in Buffalo, but when faced with any bit of adversity he did not like to change his game plan or listen to his assistants. Nolan also allegedly lost the confidence of his veterans – a sure demise for any head coach. If Smith and Nolan are so great and have done so many positive things for the Islanders, tell me why after their tenure here are they still unemployed? Charles Wang gave them an opportunity to prove the hockey world they didn’t deserve to be shut out for so long, yet they are both back on the outside looking in – coincidence? I think not.

The Ryan Smyth trade was actually spoken about in some detail by Chris Botta over at Islanders Point Blank:

In dealing Ryan Smyth and sliding the rest of the 2006-07 season into hockey hell – including the overshadowing of their Mark Messier Night – the Oilers received the following package from the Islanders:

* A first round pick in 2007 (15th overall) which Edmonton reached with to take stay-at-home defenseman Alex Plante, who projects as a No. 5 defenseman at best.

* Former Islanders prospect (and recent first-rounder) Ryan O’Marra, who played half of last season in the East Coast Hockey League and this year is a stunning 0-3-3 in 23 games with Springfield (AHL).

* Robert Nilsson, who after cashing in with a three-year, $5-5 million contract, has reverted to the player-on-the-periphery Pierre Maguire and others had him pegged. Last night he was benched by coach Craig MacTavish for “non-competition – he had no competition. I’ve had enough of that and seen enough.” Islesblogger note: TSN has a great story on Nilsson and his recent benching.

Botta also uses my picture of Garth Snow at the trade deadline last season in another post, where he speaks about his recent interview with Garth about Gordon. It’s a great read and proves that management is behind the rebuild for the long haul, no matter how bumpy that haul is. Garth acknowledges that he has been working the phones, but mostly to listen to other GM’s offers – he knows he cannot make the team better through quick fixes. Garth is honestly in a great position come the deadline with all of the veteran players he has on one year deals. Players like Guerin, Weight, Comrie, and Sillinger could return decent picks and prospects. Hockeybuzz had something up yesterday about Doug Weight given his resurgence here on Long Island – early talk for trades, but he will get the most interest.

Now after reading some of that, you are most likely thinking “But Scott Gordon has not changed his system when it has not worked!!!”. Yes, you are right – however, the system is working down in Bridgeport. Did you hear that? I hear all of the negative Nancies saying that it is better suited in the AHL or that it is better suited for the younger, quicker players. Riddle me this, has a system ever worked straight out of the gate? Did the neutral zone trap gain interest or wide spread use right away? Unlikely, things take time to work the kinks out and I guarantee that Gordon is taking notes during his rookie season and has tried new things over the course of the first 30 something games. If you watch closely, you can see subtle differences – at least I do.

It has been said before that this team is made up of some players who may not fit the system and I agree. There comes a time in any rebuild where you have to assess your talent and jettison players who will not work and import those who will. The most important aspect of all the mixing and matching, trials and tribulations: patience and a lot of it.

With some of the veterans speaking out to the media in recent days, one gets nervous that once again a coach is losing the confidence of his veteran players. Things are different this time, we are actually hearing about players openly discussing their issues – instead of hearsay. This is a positive – although many may not follow. A real veteran, at least to me – is someone who isn’t afraid to look adversity in the face, who isn’t afraid to speak his mind or work with his coaching staff to get things right and who graciously accepts their role in nurturing younger players. Sure, the players are frustrated that they are mired in the middle of the longest slump (re: losing streak) since the 1999-2000 season, wouldn’t you be? Should a player be satisfied or accept a losing streak? Abso-freakin’-lotely not! Show the fire and desire for change both on and off the ice.

I have supported this team for as long as I have been a fan, I have also called them out when need be – but I refuse to think anything but positive thoughts this time. After all, this something I have personally complained about for a very long time. I will continue to support the team through the purchase of season tickets and I will continue to watch every road game. I may not always like what I see, but I am a fan through thick and thin. There will be tough times ahead, but when everything is all said and done, the team is doing the right things for a change- and that’s about all you can ask for.