This post was published 12 years 2 months 11 days ago which may make its content inapplicable to the current Islanders roster and/or team news. This site is not responsible for any misunderstanding.
TweetLikeShareLinkedIn 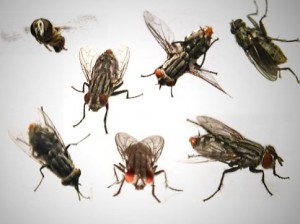 Two seasons removed from a season that saw the Islanders lose the most man games to injury, the team is once again decimated with injuries and mired in the middle of the longest losing streak since 1990, and one game off (15) the most in franchise history.

Injuries however, aren’t the Islanders only issue – but it is another big problem.

Katie Strang posted on Twitter just this morning, that Trent Hunter suffered a knee injury Wednesday night and will undergo an MRI today. He joins his fellow injured teammates in Mike Mottau (eye), Milan Jurcina (hamstring), Andrew MacDonald (hand), Mark Streit (shoulder), Jack Hillen (concussion) and last but not least Kyle Okposo (shoulder). Not to forget our Captain – Doug Weight who has missed a game or two in the last couple with back spasms. I cannot seem to find any information on him today, but he did not practice yesterday. Edit: Weight will miss his fourth straight game tonight, as he is still experiencing back spasms.

Recent callups Dylan Reese and Travis Hamonic have played well, although Hamonic has been the better of the two. There were times on Wednesday night against Columbus that Reese had no clue where the puck was and often couldn’t clear a rebound quick enough in front. The Islanders are asking big things of the young defensemen – but they have been great otherwise.

Jesse Joensuu has also played well, using his body and being the wrecking ball he can be down low in the corners. I’d like to see him go harder to the front of the net more often, or even plant his large frame in front of opposing goaltenders looking for screens and deflections.

Going the opposite way this week is forward Josh Bailey – he was sent down to Bridgeport on loan to shake things up for the struggling 21 year old. Bailey was pointless in his last thirteen games and appeared to be suffering from a lack of confidence. All reports indicate that Bailey has taken the demotion in stride, and registered an assist in his first game with the Sound Tigers.

Something that has bothered me a great deal during this streak, the Islanders reluctance to shoot the puck. It seems they pause for a second when they get the puck looking for a perfect shot. If they shoot off the pass or just get the puck through to the front – they can generate more chances. When they pause, it allows the other team to close shooting lanes – which is why the Islanders appear to suffer from the most blocked shots every game.

The Islanders are set to take on the New Jersey Devils this afternoon on a post triptophan filled matinée game at Nassau Coliseum. The Devils have their own host of problems with injuries and scoring as of late – so it should be an interesting game.