This post was published 11 years 11 months 18 days ago which may make its content inapplicable to the current Islanders roster and/or team news. This site is not responsible for any misunderstanding.
TweetLikeShareLinkedIn

As some of you know, I’m a pretty active Ice Hockey player. While I haven’t played at a level many of the players I write about have played, it doesn’t mean I can’t try out the latest gear right?

One of the benefits of this blog and even Twitter, that I never anticipated – are the opportunities to test and review the latest and greatest hockey equipment for my audience.

A few weeks ago a new company called MLX Skates contacted me about testing out a new pair of their custom built composite ice skates for a review. As much as I have bragged about my custom tailored Graf skates that Joe Ferraro worked with me on – I liked what I saw on the MLX skates and agreed to a review. 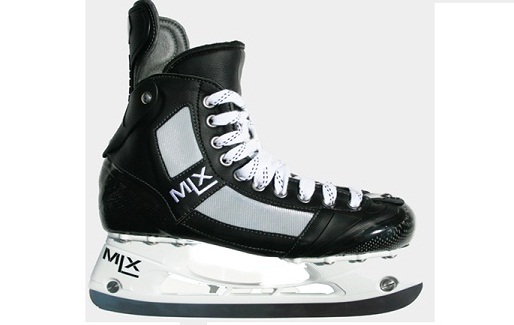 I wanted to post a preview of sorts on the review as I wait for the skates to be delivered, this way everyone has the chance to read about what’s already been said about MLX.

They have a bunch of great videos on their YouTube channel and are also on Twitter – be sure to check them out.

Several NHL players have already made the switch to MLX, including Evgeni Malkin and All-Star Defenseman Dustin Byfuglien to name a few. You can find out more about who uses the MLK Skates on their website.