This post was published 11 years 8 months 22 days ago which may make its content inapplicable to the current Islanders roster and/or team news. This site is not responsible for any misunderstanding.
TweetLikeShareLinkedIn 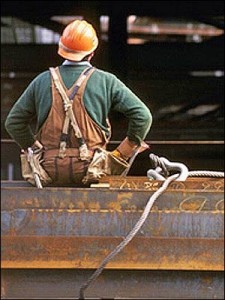 The life of a blue collar worker usually involves going about his or her business quietly, without much notice or recognition. They do the dirty work to get things done, often rolling up their sleeves and digging right in. The truth of the matter, the world wouldn’t turn without the hard work and dedication of this group of working class. These are our Islanders.

While there are a few players that will undoubtably reach stardom, Garth Snow has assembled a team of hard working players – who, under the tutelage of what is the epitome of Blue Collar in coach Jack Capuano, is perfecting a recipe for success on Long Island.

They say, with hard work and dedication comes success. Sprinkle in the right attitude – which Capuano has appeared to do here with this team, often comes greatness. I’m not saying that the 2011/2012 New York Islanders are a lock for a Stanley Cup next year, but greatness starts with a strong foundation – and it’s hard to argue the Islanders have been building from the ground up, the same way your blue collar workers build pretty much anything.

The Islanders have seen their fair share of the bad times; injuries, suspensions and along with it the ridicule and disrespectful press clippings from around the NHL and North America. The Hockey World was put on notice a few weeks back – when these young Islanders decided to revolt, stand up for their image and most importantly each other. Through all of the adversity thrown at the team – their bond and strength has only continued to grow. Young boys often become men on the battlefield – the same holds true here. 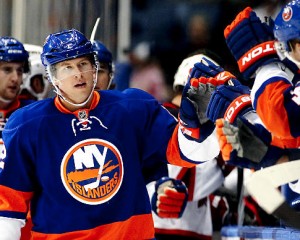 Players like Josh Bailey, Kyle Okposo and John Tavares have all made positive strides, showing physical and mental strength and maturity. Matt Moulson is on track to surpass his points totals from last season – proving he was very deserving of his recent contract extension.

Younger players thrust into the spot light like Travis Hamonic, Kevin Poulin, and Micheal Haley – have all shown guts and gained the respect of their “veteran” teammates.

Michael Grabner is proving to the world he is more than just waiver fodder, joining Tavares and Moulson in flirting with the 30 goal mark, the first time the Islanders could have three or more goal scorers since 1993-94. All the while Blake Comeau and PA Parenteau could quietly reach 20 goals on the season.

Not so quietly, Zenon Konopka has been banging the drum – leading his troops into battle. He’s changed the teams image in many ways on and off the ice. Be it through his fists, his words, his hard-nosed style of play and most importantly, his veteran leadership. Konopka is also VERY vocal about his desire to remain an Islander after this season. While talks of an extension have yet to begin between Garth Snow and Konopka’s agent, I feel this is the type of player and LEADER this team has lacked for a very, very long time.

There are teams beginning to take not that the Islanders will not just roll over when they show up to play hockey. That may have been their MO in years past, but they cannot be taken lightly. The Isles have been playing very spirited hockey with Jack Capuano at the helm these days. They have played some tough teams both on the road and at home, while they may not have won them all – even the losses have been entertaining to watch. You can just tell that Capuano has them believing there is nothing they can achieve.

The Media has begun to take notice as well, with some pretty good articles coming out as of late as well. Two even mention that Capuano should be at least considered for the Coach of the Year award. Even if Capuano doesn’t get the nod for the Jack Adams trophy, he is certainly earning his chance to drop the Interim Head Coach tag. He’s earning himself his next contract.

There have been a bunch of consistencies over the last several weeks and even since the All Star Break – the Islanders have turned their play around, they’ve established a team unity and identity that have not been seen in some time, they’ve corrected their scoring issues from earlier in the season and – these are not the same Islanders we saw the last several seasons. The sun is shining brightly over the horizon, while the team may no make it to the post season this year – they are certainly making everyone pay attention and look forward to the immediate future.

Perhaps it’s fitting, that these blue collar Islanders award a games hardest worker with a hard hat – it represents the image they portray in a way that words just cannot seem to capture.

The Islanders take on Zdeno Chara and the Boston Bruins tonight at the Coliseum, be sure – as always, to follow me during the game on Twitter and on Facebook.