This post was published 10 years 16 days ago which may make its content inapplicable to the current Islanders roster and/or team news. This site is not responsible for any misunderstanding.
TweetLikeShareLinkedIn

Last weekend at the Islanders home opener, Capital One asked me to be a judge for their High Five For 5X contest – and it went well!

Update 10/13 Check out this highlight video I was sent! It gives you a great idea of how fun this thing really turned out!!

As a matter of fact, one fan submitted a photo of their High Five from a tailgate in the parking lot! 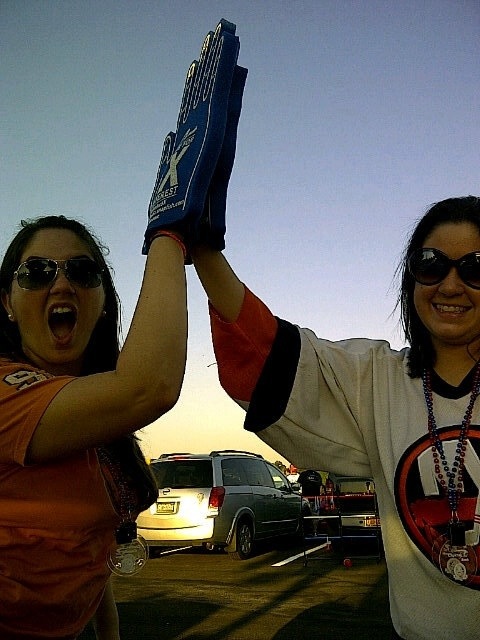 And if you know me, I just HAD to vote! 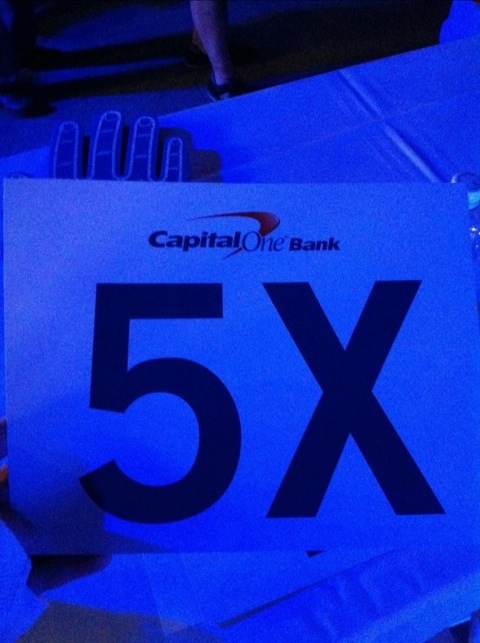 The contest took place outside the Islanders box office in an area dubbed “The Visigoth Ice Village”. I got to witness hundreds of fans do their best, most creative high fives. Islanders Alumni Benoit Hogue was a fellow judge, and I think he had as good a time as I did – in fact he actually added a minus sign to one of his scorecards, to taunt – in his words, Rangers Fans!

Here are some samples of the awesome high fives: 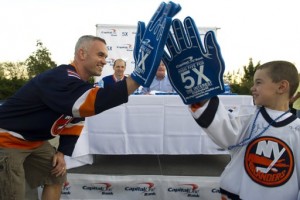 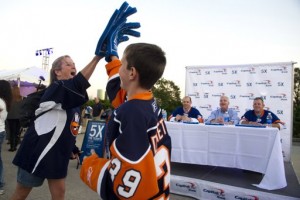 Another memorable moment was when Hogue sparred verbally, in French mind you, with two Nordiques fans that were insistent upon the Islanders becoming their team. Hogue did his best to squash that notion, the fans were fun and respectable though.

Just to recap the contest, fans would show the judges their best high five for a chance to win 5X the tickets to an upcoming Islanders game.

Although that contest is over, you STILL have the chance to win 5X the tickets to ANY sporting event!

You want to know how?

Metro-area sports fans can enter the “High Five for 5X the Interest” Online Photo Sweepstakes. Beginning October 8 at 6 p.m., fans can log on to http://highfivefor5X.snapfish.com and upload their favorite “High Five” photo to be entered into a drawing to win five tickets to an upcoming game of their favorite metro-area professional or college sports team.

Follow @SnapfishbyHP on Twitter for updates about the online photo sweepstakes and join the conversation using #highfivefor5x. For more details, see official rules at http://highfivefor5X.com.

I should have some photos of the event soon!