This post was published 4 years 11 months 20 days ago which may make its content inapplicable to the current Islanders roster and/or team news. This site is not responsible for any misunderstanding.
TweetLikeShareLinkedIn 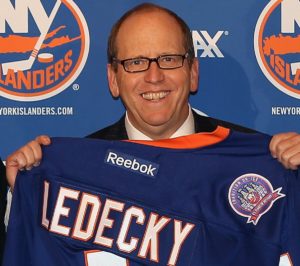 May I call you Jon? Ok, great.

You may not know me, and that’s fine. Truth be told – maybe a lot of people don’t. That’s fine too.

I used to be a pretty influential blogger around these parts. I traveled to cover the team on my own dime, jet set to destinations to cover entry drafts, helped jumpstart major websites – blah, that doesn’t matter anymore. I got married and had kids so my time is now limited to when I’m at work or when my family is asleep.

You’re a smart guy, you may have horrible balance in front of a room full of influential people, but that’s fine.

Listen, we’ve never met. Charles and I met a bunch of times and he always remembered my name, so that has to mean I’m somewhat memorable, right?

I know you’re a good businessman. Have to be, given your success. But we need to talk about loyalty. When you’re loyal to a fault, that’s when people can take advantage of you. The people in Isles Country are waiting for you to leave your mark (again, not on the stage). This team is at a point where they need MAJOR change. Change in direction. Coaching. Staffing. Did I mention direction? You’re off to a great start with the team ultimately returning to Long Island and for that we are grateful. But it’s time to take the next step and bring respectability and a winning attitude back to this franchise. One that will hopefully include John Tavares.

A team is only as strong as its weakest link, and right now fans can argue that goaltending, management and defense are the trifecta of things that have to be addressed. Let’s not forget the bottom six forwards too. In case you’re really reading this.

How can you sleep at night, especially after attending these games where the team just doesn’t perform up to expectations. It’s always something with this team. Tonight, it was basically no-showing for two plus periods against a team that should’ve been spanked up and down the ice. But no, that’s not what happened.

Look across the river at your rivals.

While they took strange steps today, they addressed their fans. For us? We basically got the same answer we have every year of Garth Snow’s tenure. What’s broken here? How can things continue to be this broken?

Lord knows they tuned out the media, bloggers and fans, a long time ago.

PS: I still like and respect you quite a bit. But you’ve got to give us SOME KIND of help here.