This post was published 4 years 6 months 25 days ago which may make its content inapplicable to the current Islanders roster and/or team news. This site is not responsible for any misunderstanding.
TweetLikeShareLinkedIn 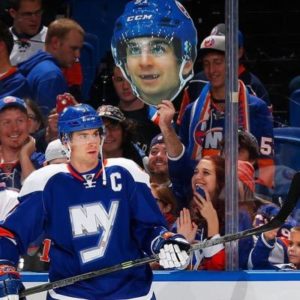 This is it, this is the end, I promise.

I really, really didn’t want to have to create a part three here, but this is a huge topic around here and its summer time – so there’s not a whole lot more we can talk about. I also realize that this just continues to bring up a sore spot for a lot of folks as we all try to heal – consider this the finale of all of this, ill just rip the bandaid off quickly and without warning.

If you’ve been following along with Part 1 and Part 2 you’ve have read lots of opinion by people you may or may not follow on Twitter, listen to on the radio or even read what they write about around the web. Roger Luce of WBAB, Justin Bourne and Katie Strang of The Athletic, Greg Wyshynski of ESPN, Mike Carver of The Isles Seat, Andy Graziano of WFAN, Dom from Lighthouse Hockey, Ryan Paton of SiriusXM NHL Network Radio and finally former New York Islander Mark Parrish, all weigh in with awesome points. In this chapter, we close up a few of these conversations – talk about the literal hot topic of jersey burning, fan angst and what happens inside an NHL locker room when something like John’s departure happens. I’ll also briefly touch on John’s “Dear Isles Faithful” letter to fans in The Players Tribune this week. Buckle up. 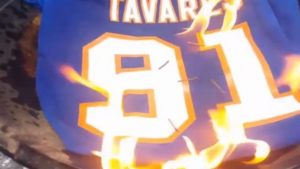 Bar Down has a great entry on all of the Tavares merchendise going up in flames, they chronicle all sorts of posts across social media platforms – it’s a must read for many reasons but check it out for this in general. This topic was one of my own burning questions to everyone I spoke to in the aftermath of July 1st, and here’s what we have.

When I spoke to Greg Wyshynski for his own story – I was quoted as saying “Fans feel disrespected, and what better way is there to show disrespect by burning the equivalent of a flag, in protest? Personally, I own a Tavares jersey, and having paid what I paid, I don’t make a habit of burning money — so, to each their own” and I still feel that way. I don’t make a habit of burning money, and it’s a piece of Islanders History, which I collect.

Roger Luce says “Not a fan of burning jerseys, but some fans react this way”, and he’s clearly right. Burning things has been the fans way of venting for as long as there has been fire. Go back to the series against Toronto in 2002, and Islanders fans burned Canadian Flags in the parking lot outside of Nassau Coliseum – something else I don’t agree with (burning a Tucker jersey would’ve been acceptable, though). It’s not just a form of venting a negative action either, fans burn stuff after their teams winning Championships, too!

Katie Strang understands the angst and believes that it was out of love, and perhaps scorn “He was beloved by the fan base and for good reason, and while I can absolutely understand the hurt and emotions Isles fans must be feeling, I hope that most fans appreciate what he did for the franchise while he was on Long Island”. The last point can be debated about, but he did provide for some excitement during his 9 year tenure.

Arthur Staple had written that an unnamed current New York Islander was quoted as saying they “don’t blame” fans for burning jerseys of their former captain – and I asked Mark Parrish about this one. Mark says “I’m not surprised” and continued “The team feels the worst pain, especially if he was telling them he wasn’t planning on going anywhere the entire time too” a point that we know wasn’t one hundred percent the case – because he spoke with a few of his former teammates but maybe wasn’t forthcoming with them all? We may never know.

No, not the incredibly horrible movie that is a cult classic (Oh, hi Mark!…) I am talking about what happens to the psyche of an NHL Locker Room when an event like this goes down.

Dom, from Lighthouse Hockey doesn’t know what effect it will have but adds “But, hopefully Barry Trotz can corral that”. This situation could’ve been way worse on the room had Weight, or dare I say even Capuano would have should they still been at the coaching helm. Barry Trotz, by all accounts seems to be a master motivator – and he was on Sirius/XM last week and said some really enlightening and positive things. 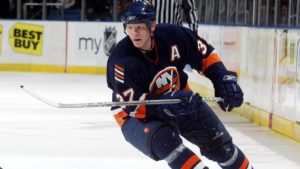 When I asked Parrish about this topic, or if he had a comparable event during his career he offered a very good perspective “I haven’t been through anything with the magnitude of JT. I’ve known other teams and players, though. Most of the time, not all but most of the time, the player (especially if it’s a Super Star the rules are different for them than the average player) will give the team some heads up – so the loss isn’t as devastating to the team he planned leaving.” Super Star rules aside, we know the room has already picked up the pieces and Barry Trotz is indeed leading the charge. He spoke with The Power Play on SiriusXM last week and spoke about his new players being positive.

“I’ve talked to every player on the roster last year and every player that’s been added so far, talking about some things I expect. We’re making some good headway.
What’s been a blessing, the players are just getting to know me as a person and a coach, but when John made his decision, I can’t tell you how many players texted me, ‘You know what, we’re going to be just fine. We’re gonna miss John, but we have lots of pieces here and we are going to get it done as a collective group.’ That is a sign of a team that understands its situation, understands it needs to have a collective mindset, a team mindset, not an individual one. That’s a huge step for any organization going forward.”

If you haven’t heard the interview I suggest listening to the whole thing.

John’s Letter to the Islanders Faithful – a well crafted PR piece that shows some “emotion” from an almost emotionless guy. I take parts of it as truth, and a lot of it as just talk. I mean if you read it, he follows up with everything good he says about the Isles and throws it right out by talking about the Leafs. Give the entire thing a read if you somehow managed to miss it, and also give this Dear John response letter a read as well – very well done.

My response to John, is simple – yeah, he has those memories of his father and his three year old self watching Doug Gilmour score that playoff goal in double overtime but doesn’t realize all the little kids dreams he has shattered in the process of leaving the Islanders. He had the chance to secure his Islanders legacy, with his own double overtime playoff goal. No, that memory is now not the same. We ARE the Islanders Faithful. We will NOT forget. You’re just no longer part of it, and we hope you enjoy watching as we chase number five, without you in Orange and Blue. I can go on and on, but this chapter has to come to a close now. Goodbye, John Tavares.

Thanks for following along, it’s been a fun one.